Tenerife Apartments to rent DIRECTLY from the Owner 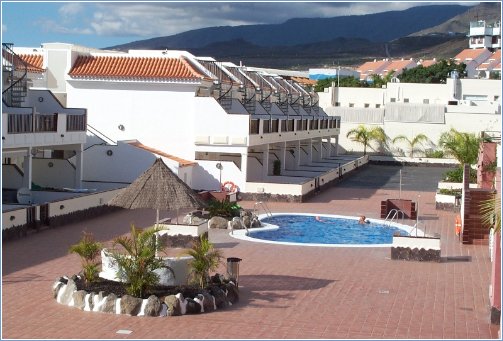 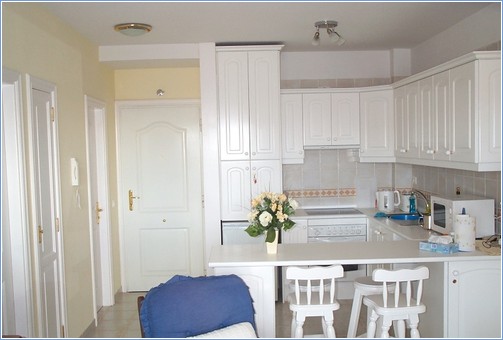 This privately owned, self-catering apartment was new in 2006 and has quality furniture and fittings (including satellite TV with BBC 1 & 2, ITV, Channel 4, Sky Sports 1 and more). 2 Large patios give all day sun. There is direct access from street level (down a couple of flights to the nearest pool). It has one bedroom with a double bed. There are 2 swimming pools and a paddling pool. Nearby there are a wide range of shops, restaurants, bars etc but they are far enough away for there to be no noise from them. It is a 10 minute walk down to the seafront, a few minutes further to town and beach

You can get a Taxi or arrange car hire from Reina Sophia (Tenerife South) Airport which is 20 minutes drive away.(Tenerife North Airport is about 50 miles away.) 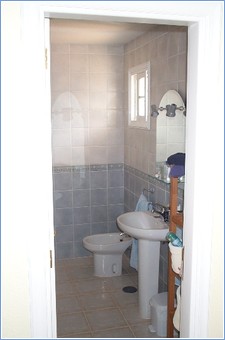 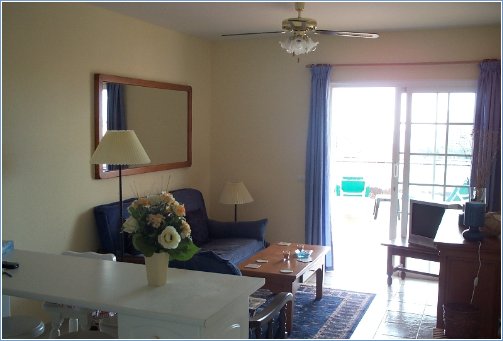 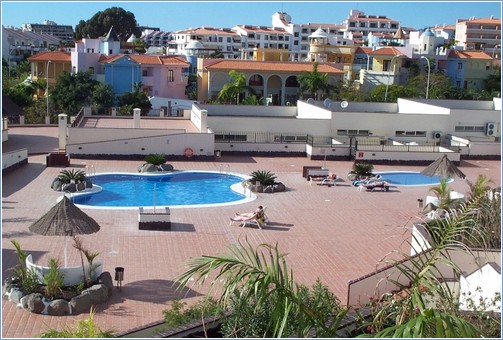 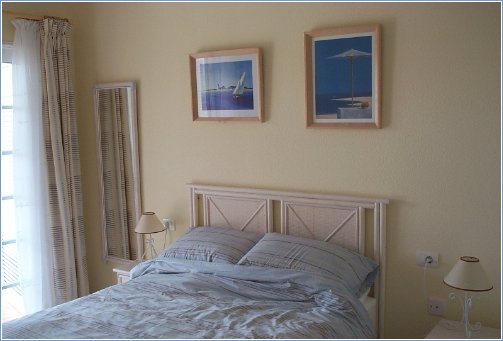 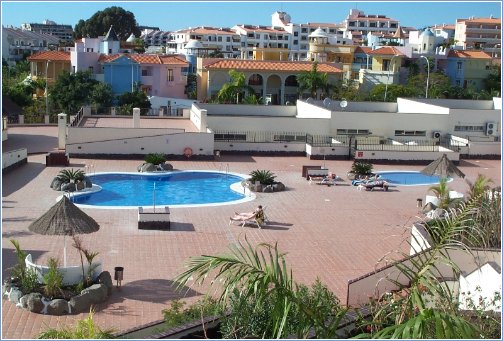 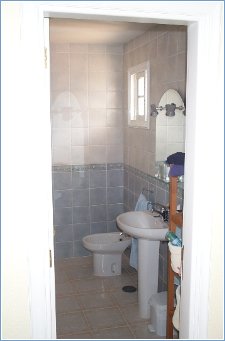 Second Pool and Paddling Pool Shower Room
Los Cristianos [ Los Cristianos information ] [ Tenerife information ]
One of the most popular resorts on the Canary Islands with year round sunshine Where is Los Cristianos ? Los Cristianos is situated on the southern coast of Tenerife, approximately 20km from the southern airport. Nearest Airport Reina Sophia (Tenerife South) - 20 km Los Christianos was originally a small fishing village on the south coast of Tenerife. Now a busy resort it has maintained its 'heart' and is a super base for a holiday all the year round. It is in the sunny south of Tenerife with the backdrop of Mount Tiede and the clear blue waters of the Atlantic to the front.It is an ideal holiday centre with fabulous beaches, fishing harbour, Golf courses, nightlife, a wide variety of shops, bars and restaurants,a promenade that stretches for miles and a safe family environment. Excursions are available to all parts of Tenerife or to nearby La Gomera. It is the ideal base to explore both the coast and interior of Tenerife. Tenerife South airport is 10 miles away. Tenerife North about 50 miles.
Accommodation ( for this Apartment in Los Cristianos - Tenerife - Spain) - Tenerife Apartments
Bedrooms - (2) Double Bedrooms (1), Bathrooms - (1) 1 Ensuite Bathroom, bathroom has a shower cubicle not a bath. Kitchen Hob, Oven, Microwave, Toaster, Kettle, Fridge, Washing Machine, Living Room Open living area leads onto terrace with views over the town to the sea. Dining Area Seating for 4 people at breakfasr bar. Dining table and seating for 4 on patio.
Features (for this Apartment in Los Cristianos - Tenerife - Spain ) - Tenerife Apartments
Entertainment TV, Satellite/Cable, English Channels, DVD Player, CD, Radio, Outside Shared Pool, Children's Pool, Communal Garden, Garden Chairs, Sun Loungers General Bed Linen Provided, Towels Provided, Safe Property Views Beach Views, Town View, Suitability Excluded Young children, No Wheelchair Access, Pets not allowed, Not Suitable for the Elderly or Infirm, No Smoking, Local Activities Cycling, Diving, Fishing, Golf, Horse Riding, MountainBiking, Paragliding, Sailing, Surfing, Swimming, Tennis, Walking, Water Skiing, WaterPark, Wind-Surfing, Zoo Ceiling fans in lounge and bedrooms.
Further Details (for this Apartment in Los Cristianos - Tenerife - Spain)

We are a retired couple. We use the apartment ourselves and let it out at other times. It is therefore of a higher standard than most properties available on the commercial market.

Los Cristianos: Los Cristianos was originally a small fishing village on the south coast of Tenerife. Now a busy resort it has maintained its 'heart' and is a super base for a holiday all the year round. There are several beautiful beaches nearby and a wide variety of shops, bars and restaurants. It is the ideal base to explore both the coast and interior of Tenerife.

Guest Book: "The apartment was second to none. We have stayed in many apartments and hotels in the islands but yours is the best by far." - Helen - " We had a really nice holiday and liked your apartment very much. Hope we can do it again sometime." - Richard P